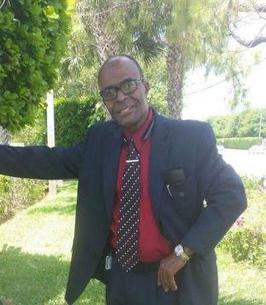 Obituary for the life of the late Daniel Filford Anderson,Daniel was the 3rd child born to Mr. David and Vida Anderson on September 22, 1948, in the cool hills of Blue Hole, St. Catherine Jamaica.As a child Daniel was very industrious, loving and caring towards his siblings and other family members. He was particularly protective of his mother and sisters and firmly believed that nobody should have gotten away with mistreating any of them.Daniel had a special love for his mother, this was known to everyone. We remember Daniel walking for miles from his home just to take groceries to his mother at the family home and evenwhen he got married to his children’s mother, Rita, that did not stop him from reaching out to hisparents or siblings. Everyone was concerned for Daniel when his mother passed because they knew the depths of his love for her. With God’s help he was able to bear the painful reality.He was very particular about his surroundings, he liked to see his environment clean and tidy andwould hesitate and sometimes refused to eat from anyone who did not appear to be concern about cleanliness.As an adult he travelled to and from the United States of America and eventually settled there up to the time of his passing.We remember when his two children, Samuel otherwise called “Andrew” and Andrea, were born, he was passionate, caring and loving towards them and his wife Rita. We remember how he washed and combed Andrea’s hair and used scissors to trim Samuel’s hair. Quite often the children would get cuts and bruises as they played. We remember how he cleaned and dressed their cuts and wounds. He bought beautiful clothing for them and took pride in assisting in getting them ready for church and other functions.As the children grew and as he travelled to and from the USA, one of the many things he bought and brought home for them, was a bicycle which he took joy in teaching them to ride. No one could question the love and adoration he has towards his children and he felt the same about theirmother, Rita. He never saw domestic duties as something for his wife only but he willingly shared those responsibilities.He was a loving brother, one who looked out for all his siblings, nothing was too good for him toshare with any of us. He was quite humorous and often greeted us with his signature smile and tight embracesWe remember when Beverly used to work on the 3 to 11 shift, Daniel often presented himself at her workplace most time, unknown to her, just to provide security escort. He drove behind her to her house and ensured that she got in safely.
As a worker, both in Jamaica and overseas, even though we did not employ him, but based on observations and conversations, he was always punctual, diligent, hardworking and reliable.As follower of Christ. He enjoyed family and personal devotions and was not afraid to engage persons in discussions regarding the Bible. He enjoyed attending church services and fellowshipping with his church family.Daniel leaves to mourn, two adult children, Samuel, and Andrea. Grandchildren --Sameya and Nikeaya. Siblings:Bona, Florizelle, Yvonne, Beverly, Sheron, Desmond, Winston and Mildred. Numerous nieces and nephews, Grand nieces and nephews. Great grand nieces and nephews. Aunties, cousins, friends and associatesWe remember him with fond memories and pray that he made everything right with his maker prior to his passing