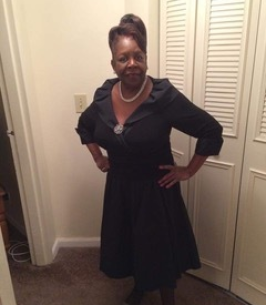 Delores was born in West Palm Beach, Florida to the proud parents of Hayward and Letha Pittman on December 1, 1946. She was the second of three daughters.

A Time to Learn

Delores attended Roosevelt Elementary, transitioned to Lincoln Junior High, and graduated from John F. Kennedy High School in West Palm Beach, Florida. She later went on to be trained as a Key Punch Operator for IBM Systems. As a creative genius, she taught herself pattern making and sewed for the family: prom and special occasion dresses. She enjoyed cosmetology and was known for her tight curls. She had a congenial personality and entered and won Ms. Senior during her time at High School. She later went on to pursue a career in nursing and worked at Palm Beach County Home as well as several private duty cases on Palm Beach Island.

A Time to Love

She exchanged matrimonial vows with Timothy Lundy III in 1970. This union created Timothy IV and Jeffery. She enjoyed traveling and was able to travel to Hawaii and other exotic places while in military service with her husband at that time. She was a member of Payne Chapel and served in the Junior Choir. Later, she transitioned to Holiness and joined her mom at Pentecostal Church of God in Christ under the leadership of Bishop John D. Alexander. It was here, that she was elevated in ministry to a Minister of the Gospel. She served faithfully as an intercessor joining the Mustard Seed Prayer Band with Mother Isabella Lewis as the President. She took her primary ministry very seriously and grew her two sons up in the fear of God, stewarding her son, Jeffery to accept the call of God to the Office of the Prophet. She served on his ministry team as the Administrator and Intercessor while traveling with the team on ministry assignments.

A Time to Cultivate

She had a passion for children and spent her latter years as a child care provider, providing early child care to many infants who have matriculated to be local community leaders. She joined her son, Prophet Lundy, for a season while at Redemptive Life Fellowship under Bishop and Pastor Brenda Ray. Again, as a faithful intercessor, she was also in prayer every Sunday Morning along with her favorite pals, Mother Lou Anne Bean and Sister Joyce Rucker. She volunteered at the church office as a Receptionist.

A Time to Rest

Before taking ill, she returned to her home church, Pentecostal Church of God in Christ under the leadership of Pastor Eddie D. Evans Jr. Delores was purposeful and impacted family and friends. She rested from her labor on December 30th, 2021 at 4:00 a.m. She went from labor to reward.

She will be missed by all. She leaves behind a legacy in her two sons: Timothy and Jeffery, grandchildren: Jalyssa and Linshane, sisters: Carolyn and Gloria, nephews: Shaun, Cory, and Mark, neices: the late Wanda, Keisha, Kim, a host of grand nephews and nieces, daughter-in-laws: Priscilla and Helen, adopted son: Pastor Garelle Solomon, god-children: Andre Paige, Clarice Lewis, and Tenaija Reid-Davis, along with a host of intercessors, co-workers in the gospel and friends.