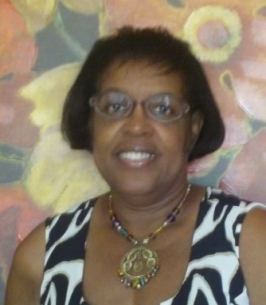 Josephine Combs Primous completed her divine appointment on February 25,2022. She was surrounded by love, support and care from her husband, children and close family members.

Josephine was born in Hazard, KY to the late John Willie Combs and Mary Florence Brown Combs. Josephine was the second of seven children. She received her formal education in the Perry County School System. Early in her academic journey, Jo, as she was affectionately called, demonstrated her leadership qualities. While attending Liberty High School, she was instrumental in starting an all-girls basketball team, participated in Cheerleading, and was among African American students that attended the newly integrated Hazard High School. After graduating from High School, she worked with the Appalachia Service volunteer Project, where she assisted low income families with finding housing. Jo continued her post-secondary education at Kentucky State University, Midway University, and University of Kentucky where she earned her Bachelors of Science degree in nursing. As a Registered Nurse, she continued to sharpen her skills as she earned multiple nursing certificates and was recognized for her efficient supervisory skills. As a supervisor, Ms. Josephine ran her unit fairly and did not tolerate any nonsense from patients or staff. Throughout the years, Josephine trained and mentored many nurses which resulted in long lasting relationships.

Josephine relocated from Kentucky to Florida in 1979, when she made a vow to love and cherish Howard Primous III. They are the proud parents of two children; Katrenia and Jason. As a family, they shared a plethora of memories.

Josephine accepted Christ during her childhood at the Consolidated Baptist Church in Hazard, Ky. After moving to Florida, she became a member of the Mount Olive Missionary Baptist Church. She gave back to her Mount Olive family by serving on the Nurses Guild. She was always a great medical resource.

Josephine’s first nursing job in Palm Beach County was at Palm Beach Gardens Hospital. Then she worked as a private duty nurse in Palm Beach for a few years. She later found her niche working as a psychiatric nurse supervisor for many years at Oakwood in West Palm Beach, FL. She then continued her nursing career at Columbia Hospital now known as John F. Kennedy Hospital, North campus where she was a charge nurse for the Acute Unit until she retired in 2017.

Josephine was a devoted family member. She enjoyed attending family reunions, traveling to family functions and playing an array of games with both the young and old. She also enjoyed shopping for bargains. She was an avid reader and enjoyed reading novels in her past time. Once her eyes became strained she enjoyed watching television and watched a wide variety of shows. Josephine was always thankful for the blessings God bestowed upon her and willingly shared those blessings with others. She always ensured that others felt welcomed in her home and showed her love through her actions towards them. She loved unconditionally and carried a forgiving heart.